Who's The Black Sheep?

Post-Tonsillectomy Considerations17:13Paper Chase #1 - Tramadol & Methadone associated with hypoglycemia4:16DVT | Essentials13:31Paper Chase #2 - Syncope = EKG, even for kids5:53DVT | AdvancedFree Chapter21:36What would I do next? | A patient with neck pain and fever19:14Urgent Care: The Misfit in our Healthcare Delivery System14:05Paper Chase #3 - Do Neonates with UTI Benefit from LP?3:29Considerations for Urgent Care to ED Referrals17:23Pre & Post Menopausal Vaginal Bleeding18:48Paper Chase #4 - Hazards of the Gabapentinoids5:01Excellence in the Physical Exam | Stroke17:40When X-Rays Lie11:07Nerve Blocks for Headache Treatment12:38Paper Chase #5 - Cool Running Water is Effective First Aid for Burns4:59Mailbag9:18

Listen on your phone or tablet with our iPhone app, Android app, or podcast.

The flash player was unable to start. If you have a flash blocker then try unblocking the flash content - it should be visible below.

Regardless of your clinical setting, DVT’s are a common entity that we need to be very comfortable working up and treating. And though on the surface the workup and Tx is seemingly straightforward...the truth is there are some nuances and special cases that aren’t completely intuitive...Mizuho chats with Salim Rezaie about this topic to reveal some practice changing pearls. 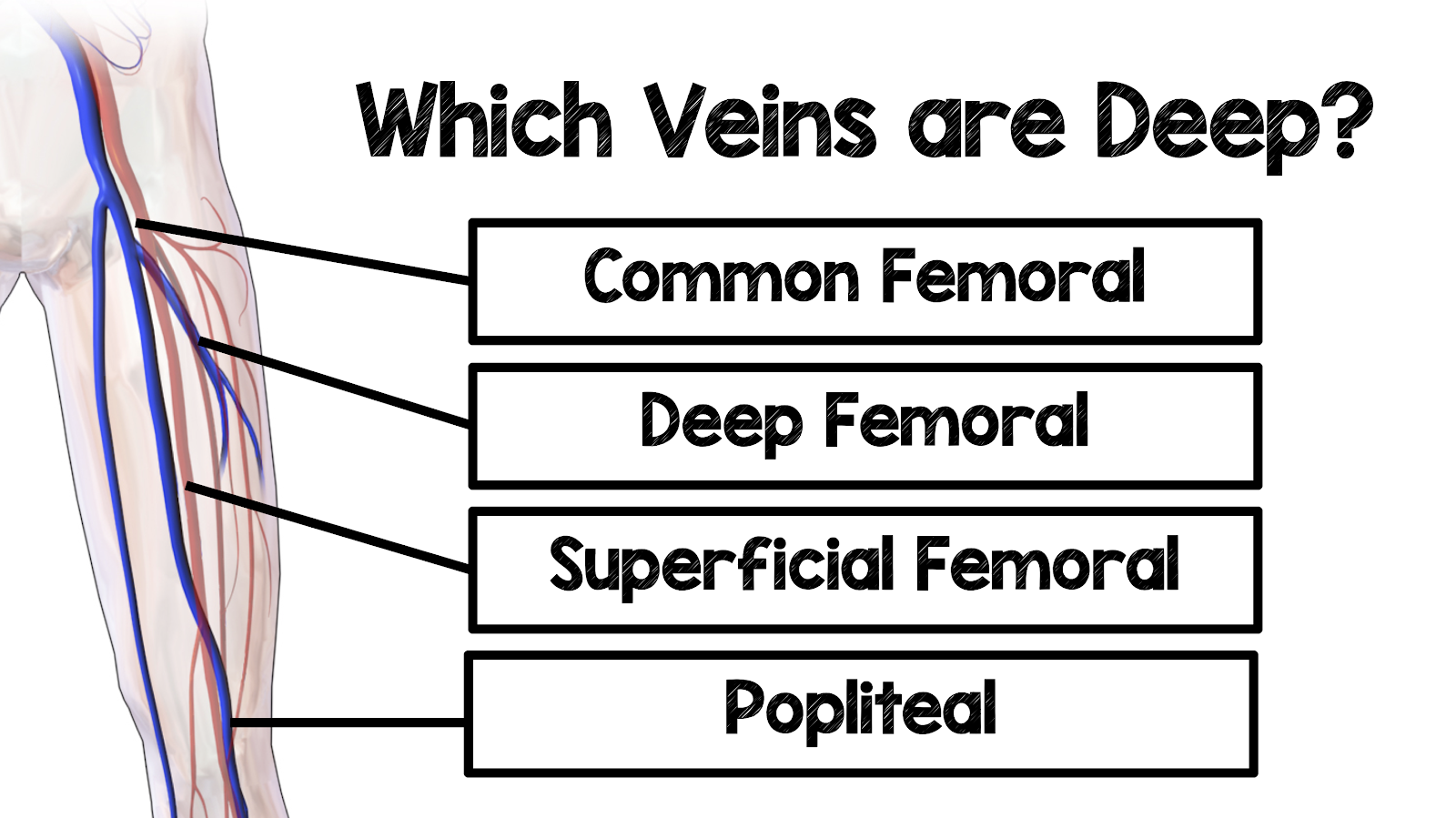 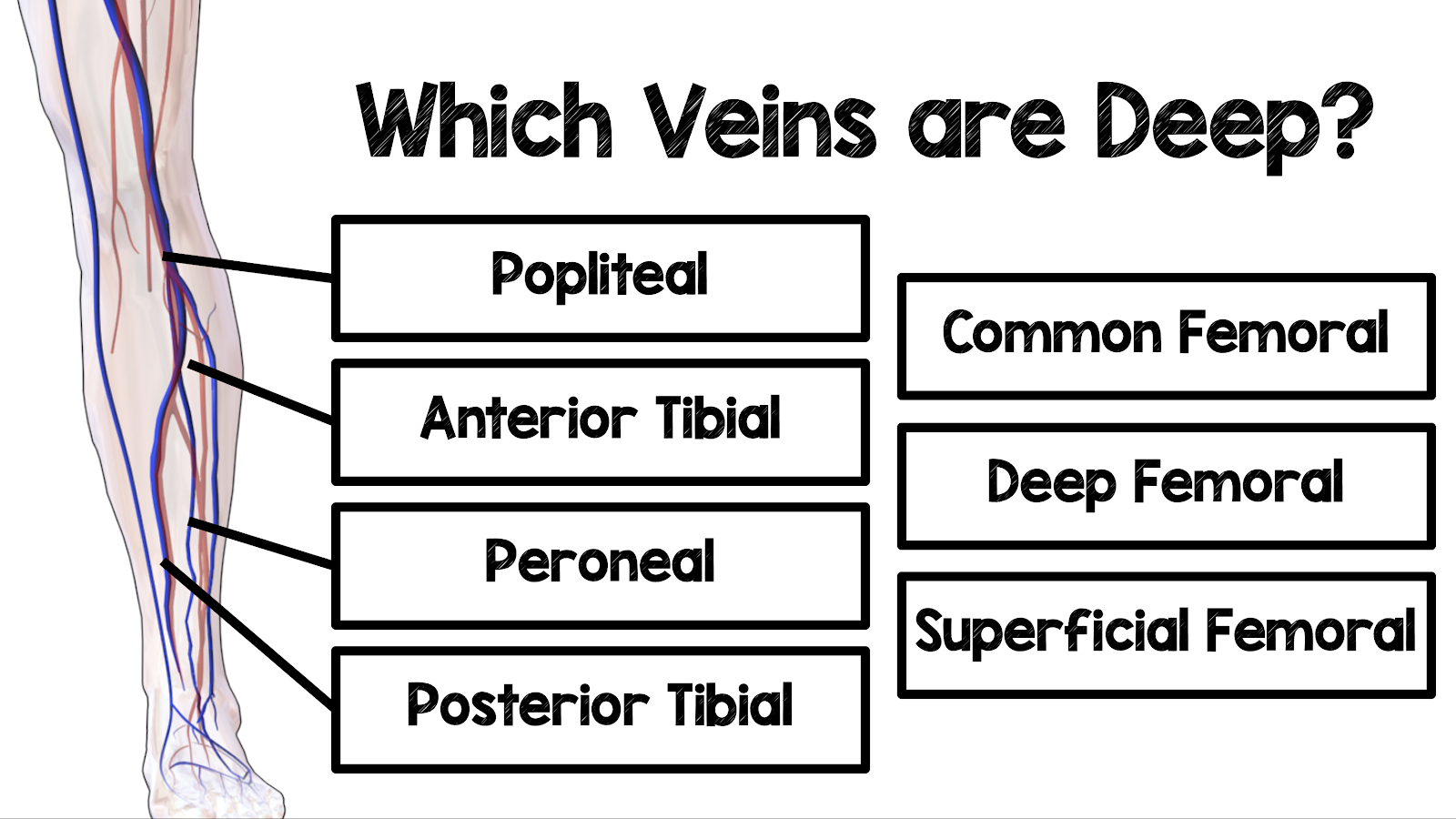 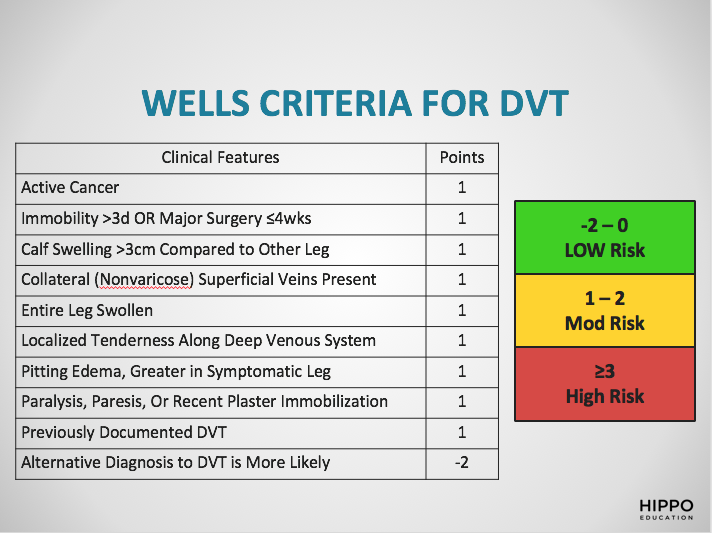 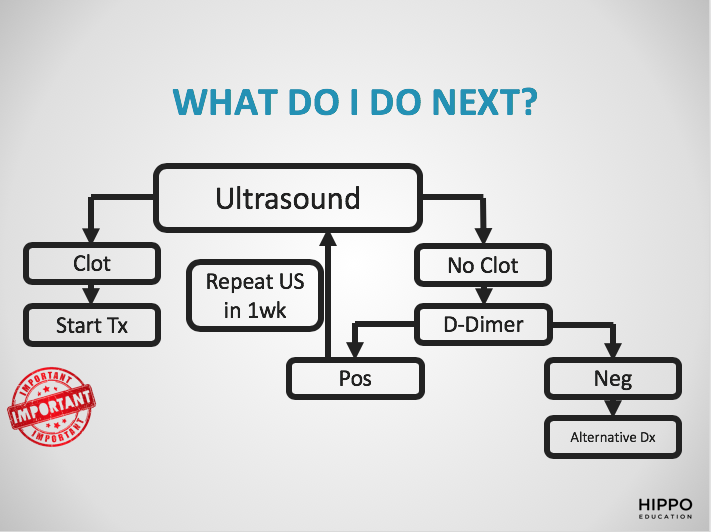 Listener questio:
66 y/o female, fall on ice.. TPF type 3, s/p ORIF and clavicle fx, ORziF same. 3 days later marked edema and pain from axillary to finger tips.
Would u still order ad dimer?
US positive, huge DVT . But if not. Would the same principle apply?
Interesting. I always always worry abt alt DX, with arm, but this was fairly classic.

Answer from Salim Rezaie: Short answer….evidence for UE DVT is much more sparse, however the more proximal veins are still not insignificant. I would still do D-Dimer + US and have a follow up US in 1 week if D-Dimer positive. My two cents…no strong evidence either way.
Salim

Reply from Salim:
Anticoagulation helps decrease progression of thrombosis and lets the body get rid of thrombosis that is present. As thrombosis dissipates so does swelling and pain. This should also be balanced with bleeding risk.
Salim

Regarding the workup of DVT / obtaining ddimer for negative US, is this evidence based or is this Dr. Rezaie's practice preference / pattern? Thank you! I was speaking to a colleague about this topic and he was concerned this was not evidence based.

Great question. The data is not robust on this. However based on the evidence we do have…it is not just simply Dr.Rezaie’s practice…I refer you to look at recommendations by AHA which were referenced in the notes section of this segment.

Under the section "Performance of Testing” it will tell you that venography is actually Gold Standard. However this is an invasive procedure and impractical. Thus doppler US is preferred imaging modality. However US is not without its errors. Hence AHA states the following:

Later in the segment we talk about placing these high clinical probability patients on ASA while we wait for repeat US…this was stated as Dr.Rezaie’s personal practice only, as there is insufficient evidence anywhere unfortunately, hence this was noted to be HIS personal practice alone.

I hope that helps clarify things. Thanks for listening. Mizuho

To earn CME for this chapter, you need to subscribe.